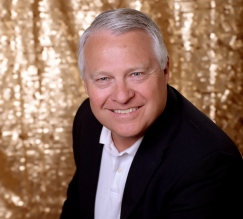 Paul Linzey was a pastor before becoming a military chaplain. Retiring from the Army at the rank of colonel. He is now the interim Protestant Chapel Pastor at the United States Naval Academy in Annapolis, Maryland.

His areas of expertise include small group ministry, marriage and family, religion in the military, lay ministry training, spoken and written communication, and writing contemporary nonfiction. He is available for interviews, podcasts, guest blogs, and public speaking.

In June 2020, Paul and his wife, Linda, co-founded an editing and formatting business called P&L Publishing & Literary Services to help writers who want to publish their own works. Linda was an editor for a major publisher for five years, and then a university literature and humanities professor, so she can help those who want to submit a book to an agent or a traditional publisher, also.

An award-winning author, Paul has written articles for religious and military magazines, and served as an editor and writer for Life Publishers’ the Warriors Bible, published in 2014. His first book, WisdomBuilt Biblical Principles of Marriage, came out in 2019. His second book, Safest Place in Iraq, is about his military ministry in Iraq in 2007. Winner of two writing awards, it’s available as an ebook or print book through most bookstores, or as a print book on this site.

Paul is currently writing a textbook on military ministry with Dr. Keith Travis of Liberty University. Their aim is to complete the book by the end of this year. Paul is also writing a book based on some of his interracial experiences, in addition to blogging and writing freelance articles on a variety of themes.

Paul enjoys sports, music, and digital photography. He and his wife love movies, books, theater, dogs, and traveling together. Paul and Linda start and end most days with a game of backgammon and a cup of tea.

His theme Scripture is First Thessalonians 2:8, “We loved you so much that we were willing to share with you not only the gospel of God but our lives as well, because you had become so dear to us.”