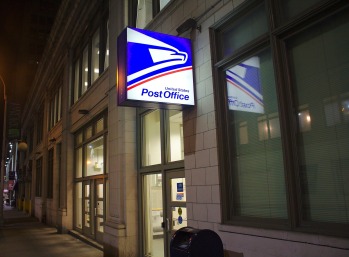 As a newlywed attending a Christian college in Southern California, I was a driver for a private mail and parcel service. Every day, I was in posh high-rise office buildings and run-down strip malls, machine shops and Mom-and-Pop shops. By the time I worked there a year, I’d been in almost every post office in Orange County.

One day my boss asked me to come in early because we had a new corporate client in Newport Beach who requested an early pick-up and delivery. Before heading out, I checked my map. Traffic was heavy. I was in a hurry and running late. 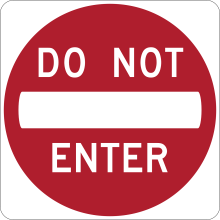 When I got to the post office, I turned into the drive, only to discover that I was in a long, narrow, one-way exit lane with a big red sign announcing DO NOT ENTER. The situation demanded a fast decision. Do I back up into traffic and go around the block, looking for the entrance? Or do I step on the gas and zip into the parking lot before any one tries to exit? I pressed the pedal to the metal.

When I was almost out of the wrong-way lane, a car turned into the driveway. We both slammed on the brakes, barely avoiding a head-on collision. A bit shaken by the near-miss, I pulled up to the loading dock and put my mail onto a cart, but before I walked into the rear door of the post office, that same car sped around the building and screeched to a halt. Dressed in an expensive business suit, the driver got out and stomped towards me.

Instantly, Matthew 5:25 came to mind, “Make peace with your adversary while you’re still on your way.”

As the stranger approached, I walked up to him and said. “Sir, I owe you an apology. In a hurry, I drove into the exit. I was wrong, and would like to ask for your forgiveness.”

“No, sir. I just know that what I did was wrong. I nearly caused an accident, and I am sorry.”

“I am the postmaster,” his face a deep red by now. “I could ban you from every post office in the county. I could have the police ticket you for driving the wrong way. I could call your boss and have you fired.” When he paused, we stared nose to nose. “But tell you what. Because you admitted your wrongdoing without even knowing who I was, I will forgive you. Don’t let it happen again.”

I stood there stunned. If the Holy Spirit didn’t bring that verse to my mind at that instant, I would be in big trouble. If I let pride keep me from admitting my mistake, I might be unemployed by the end of the day.

It dawned on me that I really can trust the scripture when it says, “don’t worry about how to defend yourself, for the Holy Spirit will tell you what to say” Matthew 10:19-20. I had memorized those verses long before that morning, never realizing that I’d need to use them in a tight situation. Before driving away, I took a minute to thank the Lord for his Word and his Spirit.

After completing my route, I parked the van and took the keys to the office. While I filled out the time sheet, my boss walked in and said, “Hey, just wanted to let you know that the Newport Beach postmaster called to tell me he met you this morning.”

“He said he was really impressed with you, and that you do good work. I Just wanted to pass that compliment on. Good job.”

Embarrassed, humbled, and relieved, I drove to the college. I was in a hurry and running late, barely getting there in time for class, but careful to obey every traffic sign.