The phone rang on a Saturday afternoon.

“Hello, I’d like to speak to the man of the house.”

“We don’t have one,” I stated matter-of-factly.

The caller didn’t know what to say, so after a few seconds, I hung up.

Please understand. I am a man. The only man who lives in our house, by the way. Our three sons are grown and have homes of their own, so technically, I am “the” man of “the” house. But that’s not what the caller meant.

That’s what I objected to, and that is the kind of skewed gender-role relationship that we don’t have in our home. What a demeaning, unbiblical view of women and marriage!

I spoke with another caller, and what he was selling actually sounded like a good deal. But when he got to the point where he wanted to close the sale, I mentioned that I wasn’t going to make a decision on the spot, because I wanted to discuss it with my wife. I couldn’t believe his sarcastic response. “What’s the matter? Aren’t you the man of the house? Can’t you make a decision?”

I’m not sure what he thought when I said, “My wife and I respect each other enough to talk about major expenses, and we make shared decisions. So, go ahead and call someone else, someone who doesn’t understand how to build a good marriage, and try to bully him instead.”

The fact is, my wife and I both make decisions; we’re pretty good at it, too. We trust each other and support each other. We’re not perfect by any means, but our usual practice is to take time to talk together before making major decisions. It’s one of the ways we’ve been able to maintain unity. We value one another and what each other thinks and feels. It’s also a matter of courtesy.

According to Dr. Gary Chapman, very few decisions have to be made today. Unity is more important than haste. In other words, a good decision at the expense of unity is a bad decision. 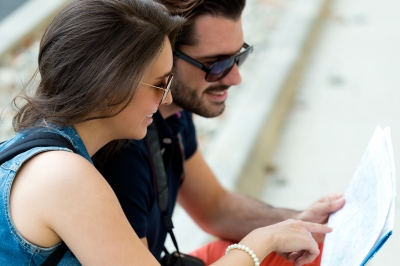 2 Replies to “Head of the House”